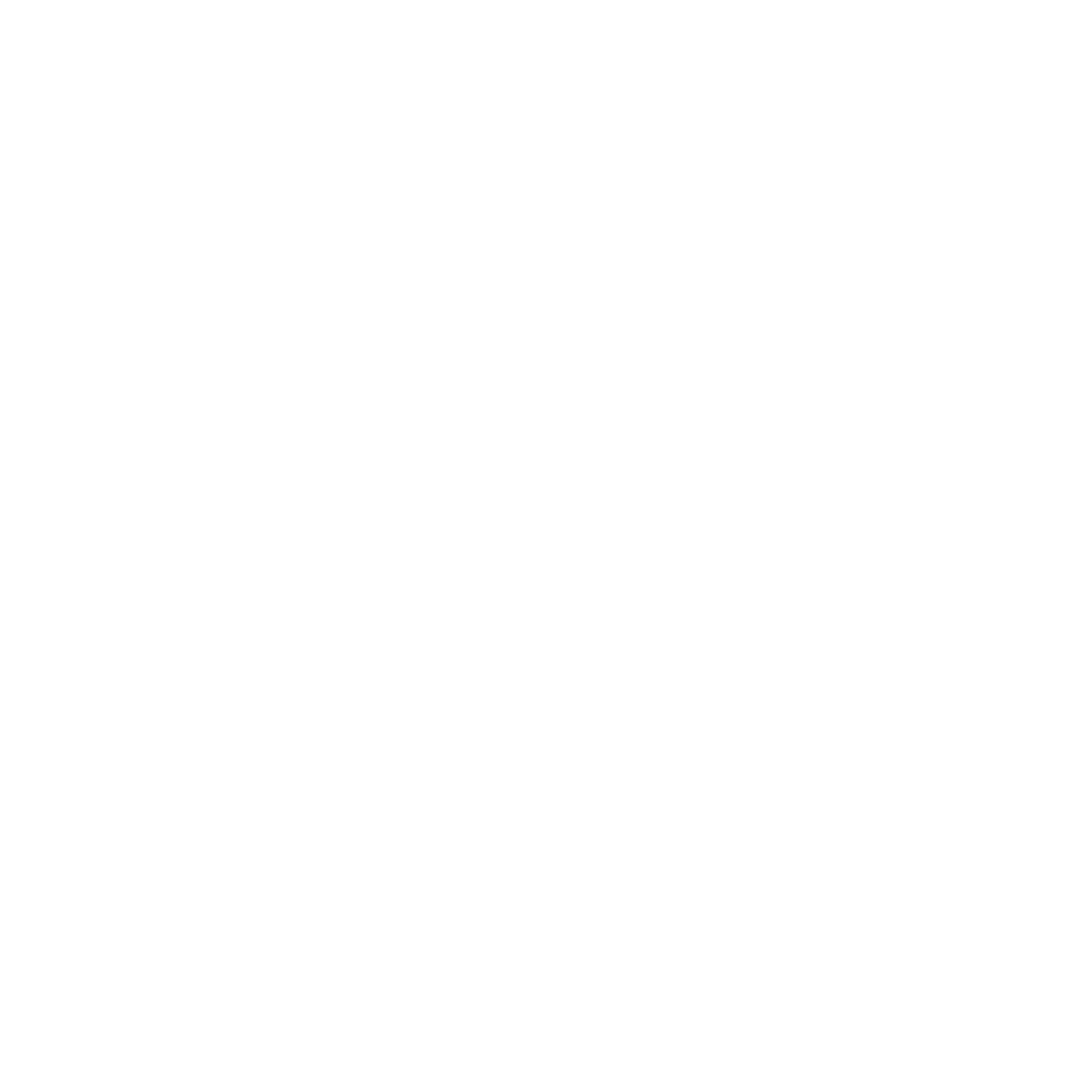 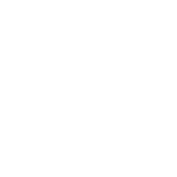 To instrument a library, you’ll need to understand and create the following elements:

Core data structures are documented in detail in Thrift comments. Here’s a high-level description to get you started:

An Annotation is used to record an occurrence in time. There’s a set of core annotations used to define the beginning and end of an RPC request:

When using message brokers instead of RPCs, the following annotations help clarify the direction of the flow:

Unlike RPC, messaging spans never share a span ID. For example, each consumer of a message is a different child span of the producing span.

Binary annotations do not have a time component. They are meant to provide extra information about the RPC. For instance when calling an HTTP service, providing the URI of the call will help with later analysis of requests coming into the service. Binary annotations can also be used for exact match search in the Zipkin Api or UI.

A set of Annotations and BinaryAnnotations that correspond to a particular RPC. Spans contain identifying information such as traceId, spanId, parentId, and RPC name.

Spans are usually small. For example, the serialized form is often measured in KiB or less. When spans grow beyond orders of KiB, other problems occur, such as hitting limits like Kafka message size (1MiB). Even if you can raise message limits, large spans will increase the cost and decrease the usability of the tracing system. For this reason, be conscious to store data that helps explain system behavior, and don’t store data that doesn’t.

A set of spans that share a single root span. Traces are built by collecting all Spans that share a traceId. The spans are then arranged in a tree based on spanId and parentId thus providing an overview of the path a request takes through the system.

In order to reassemble a set of spans into a full trace three pieces of information are required. Trace identifiers can be 128-bit, but span identifiers within a trace are always 64-bit.

The overall 64 or 128-bit ID of the trace. Every span in a trace shares this ID.

The ID for a particular span. This may or may not be the same as the trace id.

This is an optional ID that will only be present on child spans. That is the span without a parent id is considered the root of the trace.

Let’s walk through how Spans are identified.

When an incoming request has no trace information attached, we generate a random trace ID and span ID. The span ID can be reused as the lower 64-bits of the trace ID, but it can also be completely different.

If the request already has trace information attached to it, the service should use that information as server receive and server send events are part of the same span as the client send and client receive events

If the service calls out to a downstream service a new span is created as a child of the former span. It is identified by the same trace id, a new span id, and the parent id is set to the span id of the previous span. The new span id should be 64 random bits.

Note This process must be repeated if the service makes multiple downstream calls. That is each subsequent span will have the same trace id and parent id, but a new and different span id.

Trace information needs to be passed between upstream and downstream services in order to reassemble a complete trace. Five pieces of information are required:

Check here for the format.

Finagle provides mechanisms for passing this information with HTTP and Thrift requests. Other protocols will need to be augmented with the information for tracing to be effective.

Instrumentation sampling decisions are made at the edge of the system

Downstream services must honour the sampling decision of the upstream system. If there’s no “Sampled” information in the incoming request, the library should make a decision on whether to sample this request, and include the decision in further downstream requests. This simplifies the math when it comes to understanding what’s sampled and what isn’t. It also ensures that a request is either fully traced, or not traced at all, making the sampling policy easier to understand and configure.

Note that the debug flag will force a trace to be sampled, regardless of any sampling rules. The debug flag also applies to storage tier sampling, which is configured on the server side of Zipkin.

HTTP headers are used to pass along trace information.

The B3 portion of the header is so named for the original name of Zipkin: BigBrotherBird.

Ids are encoded as hex strings:

For more information on B3, please see its specification.

Finagle clients and servers negotate whether they can handle extra information in the header of the thrift message when a connection is established. Once negotiated trace data is packed into the front of each thrift message.

Span recording is when timing information or metadata is structured and reported to zipkin. One of the most important parts of this process is appropriately recording timestamps and duration.

All Zipkin timestamps are in epoch microseconds (not milliseconds). This value should use the most precise measurement available. For example, clock_gettime or simply multiply epoch milliseconds by 1000. Timestamps fields are stored as 64bit signed integers eventhough negative is invalid.

Microsecond precision primarily supports “local spans”, which are in-process operations. For example, with higher precision, you can tell nuances of what happened before something else.

All timestamps have faults, including clock skew between hosts and the chance of a time service resetting the clock backwards. For this reason, spans should record their duration when possible.

While it is possible to get nanosecond-precision timing information, Zipkin uses microsecond granularity. Here are some reasons why:

First, using the same unit as timestamps makes math easier. For example, if you are troubleshooting a span, it is easier to identify with terms in the same unit.

Next, the overhead of recording a span is often variable and can be microseconds or more: suggesting a higher resolution than overhead can be distracting.

Future versions of Zipkin may revisit this topic, but for now, everything is microseconds.

When to set Span.timestamp and duration

Span.timestamp and duration should only be set by the host that started the span.

The simplest logic is generally this:

Zipkin merges spans together that share the same trace and span ID. The most common case of this is to merge a span reported by both the client (cs, cr) and the server (sr, ss). For example, the client starts a span, logging “cs” and propagates it via B3 headers, the server continues that span by logging “sr”.

Another common case is when a server starts a root span from an uninstrumented client, such as a web browser. It knows it should start a trace because none was present in B3 headers or similar. Since it started the trace, it should record Span.timestamp and duration on the root span.

Note: When a span is incomplete, you could set Span.timestamp, but not duration as there’s not enough information to do that accurately.

What happens when Span.timestamp and duration are not set?

Span.timestamp and Span.duration are fields added in 2015, 3 years after Zipkin started. Not all libraries log these. When these fields are not set, Zipkin adds them at query time (not collection time); this is not ideal.

The duration query will not work as there’s no data to query. Also, local (in-process) spans aren’t required to have annotations, so they cannot be queried unless their timestamp is set.

When duration isn’t set by instrumentation, Zipkin tries to derive duration at query time, it has to use the problematic method of timestamp math. Ex. if an NTP update happened inside the span, the duration Zipkin caculates will be wrong.

Finally, there’s a desire for many to move to single-host spans. The migration path towards this is to split dual-host RPC spans into two. When instrumentation logs timestamp only for spans it owns, splitting collectors have a heuristic to distinguish a server-initiated root span from a client-initiated, dual-host one.

The bottom-line is that choosing not to record Span.timestamp and duration will result in less accurate data and less functionality. Since it is very easy to record these authoritatively before reporting, all Zipkin instrumentation should do it or ask someone to help them do it.

Message Tracing is different than RPC tracing because the producer and consumer don’t share span IDs.

In normal RPC tracing, client and server annotations go on the same span. This doesn’t work for messaging because there may be multiple consumers for a given message. The trace context propagated to the consumer is the parent.

Messaging tracing doesn’t have a response path. Only two annotations are used: “ms” and “mr”. Like RPC tracing, it is fine to set Span.timestamp and duration as the producer and each consumer use separate spans.

So, the producer adds “ms” to a span and reports it to zipkin. Then, each consumer creates a child span adding “mr” to it.

Here’s a diagram of Message tracing:

Here’s an example of this process using the Brave Tracer:

Many consumers act in bulk, receiving many messages at the same time. It may be helpful to inject each consumer span’s trace context into its corresponding message headers. This allows a processor to create a child later, at the right place in the trace tree.

Here’s an example of doing this with Kafka’s poll api: